Driving on the busy roads of San Francisco can make it seem as though you’re always at risk for being hurt in an accident, especially when you see people going at excessive speeds. But two different California cities made it on the top five list for those nationwide most prone to car crashes. 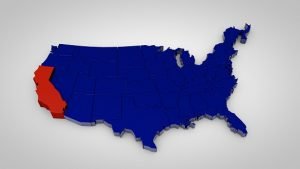 The study, completed by Quote Wizard, identified that Columbus, Ohio and St. Louis, Missouri are the two most common places in the United States for vehicle accidents but those are followed by Los Angeles, California and Sacramento, California. Although vehicle accidents are common across the United States, crash rates vary from one city to another.

A combination of bad driving behavior, poor road maintenance and distracted driving can be devastating for those possibly hurt in a critical accident. These weren’t the only cities that made the top 25 list. In fact, San Diego, Bakersfield and Riverside were all found dispersed throughout the list of most accident-prone cities.

No matter how you come to find yourself involved in a devastating vehicle accident, it can be a shock to attempt to recover from such an injury and to move on with your life after being hurt by another person. Retaining an experienced San Francisco accident lawyer is probably the only way for you to begin to put the pieces of your life back together.