A new study conducted by the National Transportation Safety Board identified that speeding related fatal accidents were three times more likely on local roads than on highways. 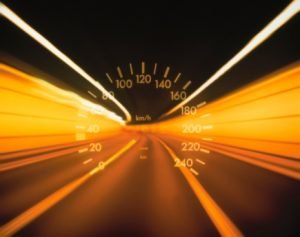 According to the NTSB, speed enforcement approaches throughout the United States were analyzed and the study found that traffic cameras were one of the most effective ways to prevent speeding. An outdated system for determining speed limits and speed limits that have been on the rise for the past several decades were blamed for the growing number of individuals who are killed in these accidents.

Between 2005 and 2014 more than 110,000 fatal accidents were associated with speeding related wrecks. A survey completed by the NTSB found that respondents agreed that everyone should obey the speed limit, however, the methods for determining speed limits vary from one state to another and could put other passengers and cyclists or pedestrians near these local roads at greater risk of an accident as well.

Many people are comfortable in their environment near their home and may assume that traveling at speeds lower than highway rates in local areas means they face less chances of an accident. However, this comfort and familiarity can lead to a false sense of security that allows people to speed and ignore hazards on the road because they are distracted. Being over confident in driving abilities could lead to a significant accident. If you have already been involved in an accident in San Francisco, you need to consult with an experienced San Francisco personal injury lawyer.