Driving across the San Francisco area may always make it seem like your chances of an accident are higher because of the busy and congested roads. A new study using the National Highway Traffic Safety Association’s Fatality Analysis Reporting System looked at the number of fatal accidents that occurred based on the time of day and the day of the week. 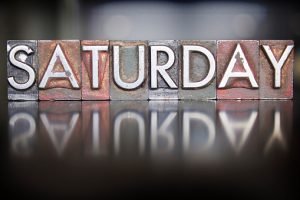 The study identified that Tuesday was the safest day to be on the road, whereas Saturday came in at the most dangerous. More than 6,802 lives were lost on the roads during a Saturday in 2016. That number was 53% higher than the 4,444 deaths, which occurred on a Tuesday. The second and third riskiest days for driving and being involved in a fatal accident were also associated with the weekends with Friday and Sunday taking up the other remaining spots in the top three. The study also identified that the deadliest time period for someone to be on the road during a weekday was between 4:00pm and 7:00pm.

The number of fatalities that occurred in that window was 85% higher when compared with the morning commute. If you or someone you know has already been injured in a serious accident on the roads of San Francisco, you may be eligible to pursue a lawsuit with the help of an experienced attorney.