Prior to turning right, nearly half of people who participated in a recent study, say they don’t look for pedestrians or cyclists before carrying out the turn. 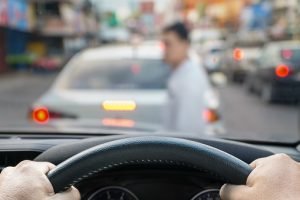 That’s the result of a Canadian research study that shows that people might be most at risk of suffering pedestrian and bicycle related injuries during this particular period. A right turn can be devastating or even deadly for a pedestrian or cyclist who was looking where they were going if the other party was not.

For those people who have already been catastrophically hurt in such an accident, the only way for them to recover compensation could be through filing a lawsuit with the help of an experienced San Francisco personal injury lawyer. Since San Francisco is such a heavy walking and biking community, it might not come as a surprise that people are exposed to serious risks there.

There are many mental and visual demands on drivers at intersections, particularly in urban environments such as San Francisco, but failing to look both ways and checking for a pedestrian or cyclist before making a right turn could become deadly.

Even when drivers have to divide their attention in several different directions, traffic safety is a serious concern because this pulls from the mental focus that a driver has that could capture a pedestrian or cyclist coming from another direction or from behind them. The participants inside the study were all between the ages of 35 and 54 and all had at least three years of driving experience.

When putting together a personal injury claim with the help of an experienced lawyer, you should rely on being able to speak with a lawyer who has access to accident reconstruction specialists. Accident reconstruction specialists can be instrumental for helping you to determine how the accident occurred, particularly if you were the pedestrian or cyclist who sustained life changing injuries.