Drinking and driving is unfortunately still an all too common cause of California vehicle accidents. One recent study found by Diago AB, InBev, and Molson Coors Beverage Company found that approximately $17.5 billion worth of beer in liquor sales in the United States was consumed by minors in 2016. 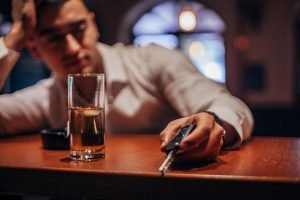 This could have significant repercussions on drinking and driving, particularly if underage drinkers have access to a permit or driver’s license or get behind the wheel of a car. Teenage drivers already face higher risks of serious injuries and vehicle accidents because of their lack of experience on the road, but underage drinking can compound these factors even further.

Teens, likely being new to drinking entirely and attempting to do so covertly, might miss the signs of another teen being dangerously under the influence. This can have deadly consequences for another driver, motorcyclist, or pedestrian on the road. Too many car accidents in California are caused by drinking and driving.

An experienced San Francisco personal injury lawyer might be needed if you or a loved one has already suffered in an underage drinking accident. Given the summer season, teen drivers may be more likely to attend parties where alcohol and beverages are available to them despite the fact that it is illegal.

If you have a teenager, having clear rules about their attendance at these parties and when they can operate a vehicle and with who else inside it can help to decrease their chances of being involved in a serious or life altering accident.