Being involved in any vehicle accident in San Francisco is a bad experience, but it can be devastating to realize that the other driver was under the influence of drugs at the time of the accident. If you believe that you suffered injuries because of someone who broke the law while driving under the influence of drugs or alcohol, you can pursue compensation through a personal injury lawsuit. 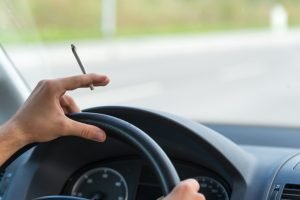 A recent study draws a connection between vehicle crash fatalities and lawfulness of marijuana. Car deaths and crashes are on the rise in those states that have legalized recreational marijuana. The research produced by the Insurance Institute for Highway Safety found that the rate of car crashes with injuries increased by as much as 6% for those states with marijuana legalization, and fatal crashes increased by 4%. For those states that had not legalized marijuana, there was no noticeable increase in crashes.

The study looked at five states that legalized recreational marijuana for people aged 21 and above, including California, and compare them with Wyoming, Utah, New Mexico, Montana, Idaho and Arizona because those states had not legalized marijuana. They determined that the rate of car crashes with injuries increased by nearly 7% after legalization of marijuana.