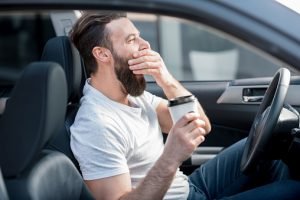 It was a critical factor in nearly 11% of crashes that led to severe property damage. The National Highway Traffic Safety Administration had previously reported that driver drowsiness was involved in approximately 1.4% of all crashes reported to the police. However, these new numbers indicate that drowsy driving may be behind many more serious accidents.

The differences between the AAA study and the government research is that it is always challenging for law enforcement officials to identify when drowsiness was a factor in the accident unless the driver openly admits that it was a problem at the time of the incident. Drowsy driving crashes are responsible for approximately 37,000 roadway deaths in the United States in 2016.

Although it is recommended that adults get at least 7 hours of sleep before getting behind the wheel, just over one-third of drivers get that amount of sleep every single night. If you believe that you were recently involved in an accident because of someone else’s drowsy driving, you have the right to consult with an experienced San Francisco personal injury lawyer.