A recent study found that efforts put forth to curb the use of opioids due to the ongoing opioid abuse epidemic has had an impact on non-fatal vehicle accidents. The number of car crashes that involved opiates decreased significantly following years of efforts to raise awareness about the dangers of opioid use. 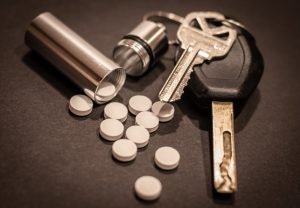 Between the early 1990s and the early 2010s, while the use of opioids increased dramatically throughout the United States, the number of fatalities for drivers using prescription opioids increased by seven times. People who are taking prescription opioids are more than twice as likely to be involved in a serious vehicle accident than those who are not. However, the new study evaluated how many US vehicle drivers who were involved in non-fatal accidents with injuries between 2014 and 2018 had prescriptions for opioids at the time of their accidents. The Centers for Disease Control previously released new guidelines for prescribing opioids in 2016 and the reliance on opioid prescriptions has decreased for many physicians as a result. The findings from this vehicle accident study indicate that some efforts to raise awareness and decrease the use of opioids has had a positive impact on decreasing serious accidents.

If you were involved in an accident in San Francisco caused by another person, potentially someone who was under the influence of drugs, you need to speak with a personal attorney who has experience in this field. A proper accident investigation may be required to determine the cause of the crash. If you were seriously hurt and are struggling to move on, your only recourse for compensation recovery may be through filing a personal injury lawsuit. Speaking with a San Francisco personal injury attorney is a solid first step to help you understand your rights.