Could the very tools promoted as a way to curb distracted driving actually increase the risk? 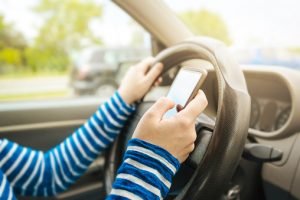 A new study found that driver reaction times using new forms of technology are actually worse than motorists who had drugs or alcohol in their system. When tools like Android Auto and Apple CarPlay first came out, evidence seemed to indicate early on that they helped to reduce instances of distracted driving.

In fact, these helped move many of the most important and popular features on phones into the infotainment screen, decreasing a motorists’ likelihood for reaching for a handheld device.

However, the UK’s I Am Road Smart independent road safety organization has completed a recent study that shows that these are far more distracting than previously thought. In fact, the studies determined that drivers using one of these mirroring systems in the car actually suffered from slower reaction times than a person who had been under the influence of cannabis.

A total of 46 drivers were included in this overall study and those who were using Android Auto or Apple CarPlay took their eyes off the road ahead of them for as long as 16 seconds to adjust the controls. The tests also explored things like just touchscreen controls and using just voice commands.

While the operation with the voice command only was better, both ways are still problematically distracting. If you have recently been injured in an accident because of another party not paying attention at the wheel, you could have grounds to file a personal injury lawsuit with the help of an experienced San Francisco personal injury lawyer. Distracted driving causes far too many preventable accidents and leaves the victims to suffer from the long-term consequences.