Teens are about to hit the road as soon as school lets out for the summer and parents might be tempted to give more freedom and flexibility to those teenagers who have been practicing their driving skills. Unfortunately, teens face a much higher crash rate and a much higher risk of fatal accidents because of their lack of experience and the kind of behaviors they tend to exhibit behind the wheel. 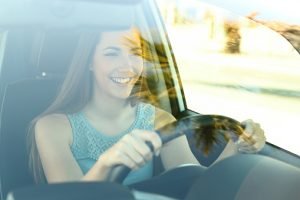 A new study out of Philadelphia shows that those teens who have been diagnosed with attention deficit hyperactivity disorder might be facing a severe risk of being involved in an accident. The study found that these teenagers are much more likely to get into a vehicle accident than their peers and this is the first major study of its kind to link teenage patients with ADHD to accident reports.

For their first four years behind the wheel after getting a driver’s license, teenagers were 37% more likely to be involved in a crash than those peers who had never been diagnosed with ADHD.

ADHD also contributed to other risk factors since the same teens were twice as likely to be involved in alcohol-related accidents and participate in other risky driving behaviors like not wearing seatbelts, using electronics behind the wheel and speeding. If you have already been involved in an accident with a teenage driver, you may need to consult with an experienced San Francisco personal injury lawyer as soon as possible to discuss the opportunity to recover compensation for your injuries.