It may come as no surprise that teenage drivers are at greater risk of being involved in a vehicle accident over all. To begin with, they have less experience on the road and are more likely to engage in distracted behavior. However, a new study released by the AAA Foundation for Traffic Safety looked at the crash rate per mile driven for various age demographics across the United States. That study identified that drivers who are between the ages of 16 and 17 were 9 times as likely to be involved in a vehicle accident when compared with drivers age 18 and older. 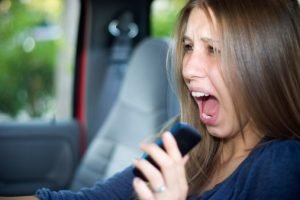 Furthermore, when comparing teen drivers with adults, teenagers were 6 times as likely to be involved in a fatal vehicle accident. The crash rate for teen drivers alone has increased significantly in the last several years and in particular, 10% in the last 12 months. Some of the most common causes of teen driving accidents include risky behavior like using smartphones, failing to fasten a seatbelt or speeding can all increase the chances of an accident.

Modeling good behavior for your children is one way to decrease their chances of engaging in this risky behavior and getting involved in a serious accident. What makes this study even more important is that it was released during the 100 deadliest days of summer. Between Memorial Day and Labor Day, teens are more likely than ever to be involved in vehicle accidents. Having clear driving rules and potentially even a driving contract, they can help outline when your teen is allowed to be on the road and with whom can help minimize your chances of a serious car accident and property damage.