Plenty of studies show that texting and driving concerns are increasing across the board. One study found that up to 70% of people don’t truly understand the dangers of texting and driving. The study also identified that one out of every four vehicle accidents was caused by a phone, whether it was a hands-free device, the receiving and making of phone calls or texting. 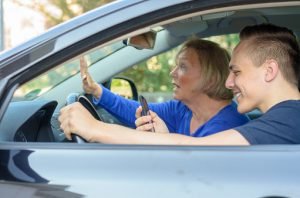 Although officials and plenty of laws across the country say that using the phone at all is dangerous, only certain behaviors such as texting and driving might be illegal. The calls and texts that you make on the side of the road, however, could end up saving your life if it is an emergency situation.

One of the biggest reasons that texting and driving is so dangerous is because you can’t anticipate what’s going to happen on the road. the car in the lane next to you might suddenly swerve and hit you or an animal could run out in front of your vehicle. Just those couple of seconds can put you in line for a significant accident.

Texting can increase your risk of a serious accident by as much as six times and you are at least two times the risk if you are talking on the phone while behind the wheel. Unfortunately, texting and driving continues to be a significant and pervasive problem all across the country. If you have already been hurt in a devastating texting and driving accident in San Francisco, gathering evidence from the scene of the incident, including the police report which might indicate that the other driver was texting at the time and sharing these details directly with your San Francisco personal injury lawyer are strongly recommended to give you the best possible chance to recover compensation in a lawsuit.