Most people already know that using their phone when they are driving can be extremely dangerous and increase the chances of an accident but a new study carried out by Liberty Mutual Insurance shares what makes aggressive and distractive driving habits more likely based on different age categories. 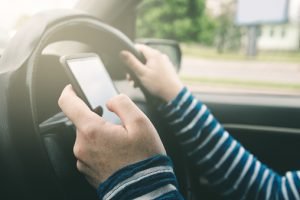 The study broke out groups of response by geographic locations and age groups. Baby boomers, GenXers, and Millennials were all told about their rates of distracted driving as well as how they perceived themselves against other drivers in Europe.

Over 90% of baby boomers and GenXers in Europe blamed their behavior on factors outside of their control. Up to 86% of millennials admitted to using their phones while driving and had higher rates of doing things like browsing the internet, using social media, and keeping their phone out in a visible location. If you’ve already been hurt in an accident with a driver who was distracted at the time, this information could be raised as important in your negligence claim related to distracted driving.

Even though millennial drivers might be more likely to text and drive or drive distracted than other categories, anyone can be guilty of distraction in the car. Just a few moments of failure to pay attention can have far-reaching consequences.

Consulting with a dedicated San Francisco personal injury lawyer is the first thing you should do after being hurt in an accident.