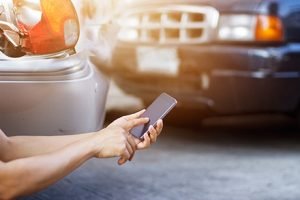 Traffic fatalities across the first 9 months of 2016 increased by 8% from the same time period the year before. According to data released by the National Highway Traffic Safety Administration, 27,875 people were killed during that period. This continues the increases seen in 2015 of deaths ticking up by 7.2% after years of decline. Only 2012 had shown an increase in the number of traffic fatalities since 2006. The major drivers of fatal accidents in 2015 were motorcycle, bicycle and fatal pedestrian crashes, according to the NHTSA.

Although there have been plenty of advances within vehicles and regulations designed to curb accidents, legislators and public safety officials are struggling to determine a course of action that will help trigger a decline in these accidents and fatalities once again. With distracted driving becoming an increasingly problematic issue on the roads, it’s unclear what tactics will help to stop the behavior.

While most teens and adults recognize the danger of distracted driving, and many of them have been impacted by a distracted driving accident in one form or another, most drivers admit they still look at their phone, talk to others in the car, or lose their focus with a range of activities when behind the wheel. This might seem harmless, but this is a false sense of security because you can travel the length of a football field during the few seconds you take to look at your phone. During that critical time, a major accident could happen. The result could even be serious injuries or fatalities. This could lead to a California personal injury claim.