According to recent research from the Centers for Disease Control and Prevention, the United States has the highest car fatality rate when compared with 19 other high income countries. Every day, the United States averages 90 motor vehicle crash fatalities on its roads. 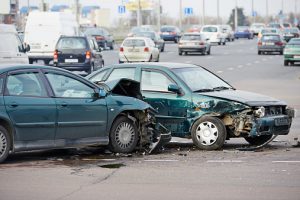 Although the United States has seen crash deaths decreased by more than 30% between 2000 and 2013, other high income countries on the same list reduced their car accident crash deaths by an average of 56%. Some of the most common causes of car accident deaths in the United States are driving with excessive speed, driving while under the influence of alcohol, and distracted driving.fl;

One in three car accidents in which at least one person dies have been linked to drunken driving. Despite the fact that there have been tremendous improvements in car safety technology over the last several years, it looks like the U.S. is still lagging behind in terms of being able to prevent accidents.

What if you’ve already been in an accident? If this is the case, you need a committed attorney who understands how an accident can change your life. Reach out to a California personal injury lawyer today to learn more.