The San Francisco County Transportation Authority recently approved a six-figure funding opportunity for a study about putting protected bike lanes on Valencia. Safe streets advocates have been protesting regarding the dangers of that road for cyclists. 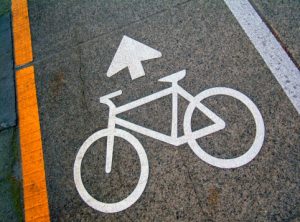 The goal of the advocates is to obtain physically protected bike lanes that are isolated from truck and car traffic planters because a parked car is a curb or any combination of the above. According to cyclists in the area, the Valencia street bike lane is currently unusable because of double parked cars which makes it very likely that an accident can occur.

Whether you’re in a protected bike lane or otherwise struck by a driver not paying attention, the consequences can be serious. Bike riders are more likely to suffer serious injuries in an accident because they are more exposed than a tradition car passenger. An injured cyclist may have major medical bills that should be discussed with an injury lawyer right away.

According to one activist who manages the Ride of Silence across San Francisco to remember cyclists who have been killed, a lot of individuals have been injured on Valencia.

That’s why commissioners and activists want to make sure that the study is completed as quickly as possible and that any identified improvements can be put into place accordingly. If you or someone you know has already been involved in a biking accident on Valencia or anywhere else throughout San Francisco, you may have grounds to file a personal injury claim.