Tesla and GM have already been involved in automated driving accidents. However, a current case is pending involving a Chevy Bolt. This car was changing lanes on a highway in California when it struck a motorbike. The rider of the motorbike suffered severe shoulder and neck injuries, and took legal action. 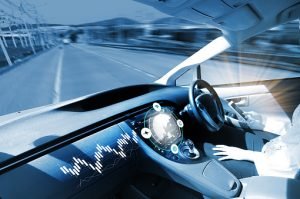 The Chevy was operating in autonomous mode at the time of the accident, raising critical legal questions about responsibility for the accident. This means that General Motors is currently facing the first legal claim of its type, involving an accident with an autonomous vehicle. The lawyer claims that the Chevy running on autonomous mode suddenly veered back into the motorbike rider’s lane, knocking him to the ground.

However, a collision report analyzed by the San Francisco Police Department, as represented by a spokesperson from the GMC, identified that the motorcyclist had merged into the other lane before it was safe to do so. The impact of this decision could be critical because it answers a critical legal question about whether or not existing laws on the books have currently gone far enough to deal with unchartered territory regarding autonomous cars.

If you have already been involved in an accident with any other vehicle and you believe that negligence was involved, you need the support provided by a San Francisco personal injury lawyer.