Do you know that most of the causes behind vehicle accidents across San Francisco and around California are caused by humans? Even though autonomous technology finds a home-base for cars in California, where several companies are leading the way with self-driving vehicles, human error and negligence accounts for the vast majority of accidents occurring across the state. 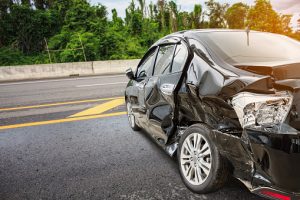 If you’ve already been hurt in such a crash as a result of another driver’s careless actions, you must contact a lawyer immediately to determine your next steps and recover compensation. If you’re not sure to what extent the other party’s actions contributed to your injuries, schedule a time to talk to a lawyer about accident reconstruction.

Here are some of the biggest reasons behind accidents across the Golden State:

If you’ve already been hurt in a wreck, it’s possible that more than one of the above-mentioned issues could have contributed to the wreck. An accident shouldn’t have the power to change your life for the worse, but this often happens. Consult with an attorney after you’ve been hurt so you can protect your right to recover compensation post-accident. You have a limited window in which you can file a claim, so hire a lawyer as soon as possible.