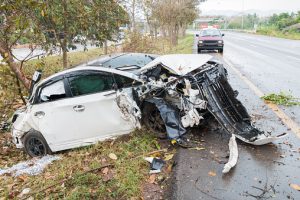 The damage in a head-on crash in San Francisco can be greater depending on the speed that the vehicles were traveling. Some of the most common causes of head-on crashes include:

A distracted driver in a head-on crash more often winds up in this accident because they looked down at a text message or something else in the car; meaning that the driver does not realize they have passed the double yellow line and is now travelling in the wrong direction.

These head-on accidents can be devastating and far too many of them end up with multiple fatalities. If you or a loved has recently been injured in a serious head-on crash in San Francisco, you need to discuss your opportunity to recover compensation with the assistance of a San Francisco head-on crash lawyer.