You might assume that a bicycle accident will never happen to you, but unfortunately, thousands of individuals are killed or hurt every single year while riding their bicycles around the United States. 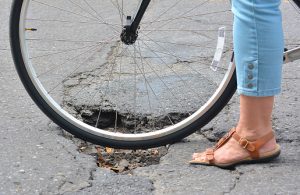 Even when these cyclists are using their own safety gear and cutting down on their chances of being hurt in an accident, accidents can and do happen. In fact, a 2012 national survey on bicyclists’ and pedestrians’ attitudes and behaviors found that up to one-third of all injuries across the United States are caused when bicyclists are hit by cars. California is an especially dangerous place for cyclists.

Anyone who has been riding their bike through the busy and hilly streets of San Francisco knows that riding through the city can be dangerous.

But here are the five most common types of bicycle accidents that affect cyclists every single year in San Francisco:

• Falls associated with dangerous road conditions, such as potholes, tracks and manhole covers.
• Getting doored when a cyclist is struck by someone opening a car door.
• Getting pushed off the road or side swiped.
• Side street intersection or driveway crashes.
• A driver who fails to yield to a cyclist.

Any of these types of vehicle accidents can change the bicycle rider’s life forever. In fact someone who has been critically hurt in such an incident needs to retain an injury lawyer in San Francisco as soon as possible.