Most people might be shocked by the freeways that show up as prominent for causing accidents, injuries and even deaths. Interstate 280 during lunch time could be one of the most dangerous places to operate your vehicle. In fact, according to a recent analysis, motorists are 20% more likely to be involved in a collision on that freeway which is relatively clear during the off-peak hours than they are driving down Highway 101, which is often associated with many accidents. 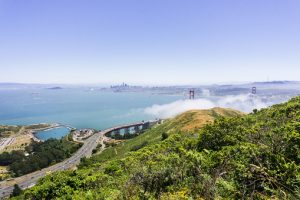 Zen Drive recently crunched the numbers to figure out some of the most dangerous accident-prone roads in the area. While accidents certainly can and do happen anywhere across San Francisco, it’s important to understand where you are most likely to be seriously hurt and to be able to respond appropriately while taking an alternative route.

Motorists during rush hour are less likely to get into a collision than those who are driving during off-peak hours. The Golden Gate is the least crash-prone bridge across the Bay Area, which might come as a surprise to many people who have seen heavy traffic.

Accidents might be more likely in the summer, when people are on the road to travel and enjoy the outdoors more frequently.

If you have already been hurt on any of the serious freeways across the Bay Area and San Francisco, schedule a consultation with an experienced San Francisco accident lawyer to learn more about what to do next.