San Francisco is considered one of the friendliest cities towards bicyclists in the entire country, scoring high with points for both accessibility to the diverse neighborhoods of San Francisco and road safety. However, even though bicycling is a very popular mode of transportation across the city, the very busy roads and compact intersections found throughout San Francisco make bicycle accidents an all too common occurrence. 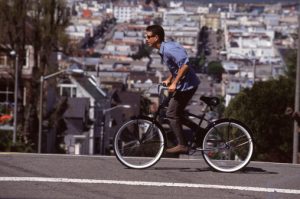 Impact of Serious San Fran Bike Accidents
Many of these San Francisco bicycle accidents lead to critical injury and even death. Five years of California Highway Patrol data was recently analyzed to identify the places where cyclists are most likely to be hit by motor vehicles. There were more than 3,000 motor vehicle collisions involving bicycle riders in San Francisco during this study period.

Over 2,700 injuries were reported and 17 fatalities were associated with those accidents. The zones with the most common crashes were Union Square and Hayes Valley – Market Street.

These accounted for nearly 400 different crashes during the study’s period.

A total of 24 high-crash zones were identified throughout the San Francisco area. For Union Square there were 225 bicycle collisions with one fatality and 190 injuries. This is one of the most pedestrian-heavy neighborhoods and locations throughout San Francisco, encompassing nearly ten blocks of Market Street.

If you have been involved in an accident here or anywhere else in San Francisco, you could be entitled to file a personal injury claim with the help and support of a knowledgeable San Francisco bike accident injury lawyer.