Simon Cowell recently suffered a devastating crash with an e-bike, leading many people to wonder whether these machines are truly as safe as they are advertised. Some of the newly developed e-bikes can travel as fast as 50 miles per hour. 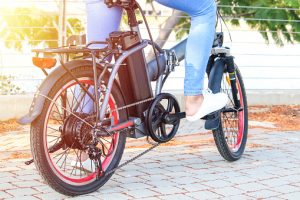 Cowell’s accident caused him to have a 6-hour spinal surgery, and while it was a complicated procedure, he also came out better than most people would have in such an accident.

Head injuries or devastating spinal cord injuries could have been associated with such an accident. E-bikes, according to one study released last year, have been connected with a risk of more serious injuries when compared with traditional bicycles. The pattern of injury risks is also very similar to those that are associated with e-scooters.

In order to arrive at these determinations, injuries were evaluated for three different types of vehicles using data collected from the US Consumer Product Safety Commission. That study found that people who are riding e-bikes were more likely to be hospitalized and were more likely to sustain significant abdominal or chest injuries.

Furthermore, e-bike riders were three times as likely to collide in an accident with a pedestrian compared to traditional bike riders or e-scooter riders. If you have recently been involved in an e-bike accident, schedule a consultation with a trusted San Francisco personal injury lawyer to learn more about your rights and how to proceed with a lawsuit.