Before buying a car, you probably spent time looking at the safety features of a car just in case you ended up in a crash. But are some cars more likely than others to end up on the side of the Bay Area’s biggest freeways and busiest intersections? 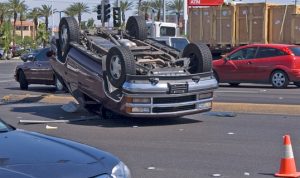 A study was recently released by iSeeCars.com showing that the most dangerous car in San Francisco goes against the traditional advice that bigger vehicles will protect you if you’re hurt in an accident. The car most often found in deadly traffic accidents in San Francisco was an SUV, despite the fact that compact and sports cars topped the list in other areas.

The two vehicles with the highest fatal crash rate in the Bay Area were the Subaru Forester and the Dodge Challenger. The Forester did not come in for the most dangerous vehicles around the country, although it did appear as a deadly list-topper in certain other cities. Typically, sports cars are some of the most dangerous vehicles because they have a fatal accident rate of 4.6 accidents per billion vehicle miles. This is one big reason why it costs more for people to insure these cars.

Have you already been hurt in a Subaru Forester or another SUV in San Francisco? If you sustained property damage and personal injuries because another driver wasn’t paying attention or was driving recklessly, you could have grounds for a Bay Area personal injury lawsuit.