California uses what is known as a comparative fault system of liability. This means that the person who opens the lawsuit against the other party is known as the plaintiff and the individual who allegedly caused the injury or was negligent is the defendant. On its basic premise, the legal system in California assumes that most accidents are not primarily the fault of just one person. 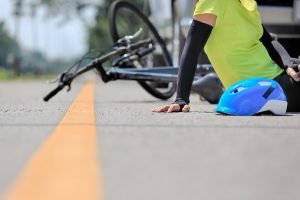 Instead, the plaintiff might have played a role in contributing to the accident even if they were not significantly at fault. In these circumstances, the courts can reduce the amount of damages that the plaintiff is awarded by the percentage that they are allegedly at fault.

In those circumstances, being able to tell a compelling story about how the accident happened is extremely important for protecting a bicyclist’s rights. In these situations and accidents, retaining an experienced lawyer is the only way to get the help of a knowledgeable attorney who has been part of this legal system before and who can advise you and guide you through the entire process.

It is difficult to identify a lawyer on your own but undertaking this research is important because your ability to recover and get the compensation you need for your bicycle injuries is at stake. If you believe that the other party is going to argue that you contributed to the accident, you need to retain a bicycle lawyer in San Francisco immediately.