A new study found that if you get behind the wheel of your car with less than six hours of sleep, the chances of an accident can increase significantly. You should never get into your car to drive unless you feel focused and rested because you’re taking not just your own life but others into your hands. 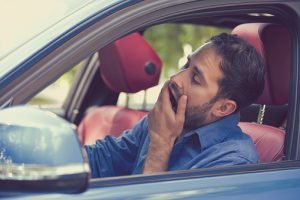 If you’re on road and feeling sleepy, take time to pull over at a rest stop and take a nap. The consequences of driving drowsy could haunt you forever.

A new study tried to quantify the answer to just how much lost sleep could contribute to severe accident risks. Many different public health campaigns and studies have shown us that driving drowsy can be extremely dangerous and even as dangerous as driving under the influence of alcohol or drugs.

However, statistics show that we are not enough to change that behavior. According to previous research, driving drowsy is responsible for nearly 7% of all motor vehicle accidents in the United States and up to 16% of fatal car crashes.

The U.S. Department of Transportation and other agencies show that one out of every three adults sleeps fewer than 7 hours a night and many get less than that despite the fact that health recommendations hold that adults should get between 7 and 9 hours of sleep.

In order to arrive at the results that less than 6 hours has much higher risk of a severe drowsy driving accident, researchers looked at data from a previous study from the Department of Transportation, including information from 5,470 crashes. The research showed that compared to those drivers who are getting somewhere between 7 and 9 hours of sleep at night, those reported getting 6 hours at night had 1.3 times a higher risk of causing an accident.

Those drivers who only got 5 hours of shut eye the night before had 1.9 times the risk of getting in an accident and anyone sleeping for 4 hours had 2.9 times the odds of causing or being involved in a drowsy driving accident. If you have questions about what to do after you have been hurt in a drowsy driving accident, schedule a consultation with an experienced San Francisco personal injury lawyer.