Three years after the Food and Drug Administration was warned that reusable endoscopes were spreading deadly infections, no action had been taken.

According to a recent report in the Los Angeles Times, the culprit was not politics, it was a simply because the FDA had lost the report. 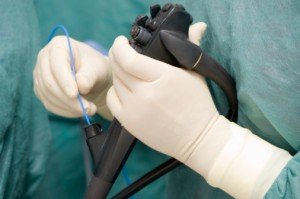 The newspaper says it was one of a number of missteps that allowed continued use of the device long after the initial warning.

The mistake was revealed in Senate hearings, but now recommended changes are being opposed because safety upgrades might cost too much. So far three people have died as a result of the defective devices and the major maker of the equipment, Olympus Corp. has issued a recall.

This is just the latest in a number of devices that had to be recalled after serious injury to patients and both Congress and the FDA agree that a better system is needed. In 2007 Congress required that each device receive a unique bar code which could be recorded in patient records, but the law did not include any deadlines and it took the FDA 5 more years to finalize rules.

In 2014, manufacturers started using the bar codes on devices considered the most critical but the endoscopes mentioned in the latest personal injury cases, will not be labeled until this coming September. Even that could be delayed by an objection from Medicare directors who must now add a line to their reporting forms to accommodate the notations.

At Jones Clifford we specialize in product liability and defective products, whether it an individual case or a class action. We charge a fee only if you recover money.