Knowing that you’ve been significantly injured in an accident caused by another party’s reckless behavior is a devastating realization but it’s one that far too many San Francisco car accident victims have to face. 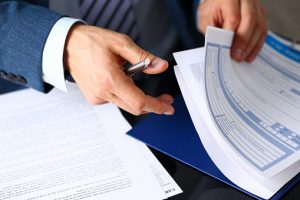 One of the most common questions presented to a personal injury attorney in San Francisco is how long will it take to get a settlement and what type of damages could I be entitled to. Every case is unique, which is one of the leading reasons to partner with a San Francisco personal injury attorney who has extensive knowledge about this area of the law and has represented many victims in similar cases in the past. In some situations, settlement process might be quick, allowing you to achieve resolution with the other side in as little as 4 to 6 weeks.

However, this can be extended significantly when you are still attempting to recover from your injuries and it is difficult to calculate the potential settlement award, or when the settlement involves a large sum of money. It can also be complicated when you haven’t yet engaged the services of a San Francisco personal injury lawyer because the car insurance company might be denying or minimizing your claim. In 2013, the average amount for a personal injury vehicle accident settlement was around $24,000.

Bear in mind, however, that there are many different factors that could influence the overall amount of your settlement. This can include whether or not the injuries you sustain, for example, are completely new and tied to the accident alone or whether or not your medical treatment was extensive.

Insurance companies and courts look at many different factors surrounding the accident, such as whether or not the other driver was extremely negligent and maliciously reckless in their behavior and the full extent of your injuries and how it’s expected to impact your daily life. All of these issues should be discussed directly with a San Francisco personal injury lawyer.