San Francisco and other areas throughout California are sometimes popular for ATV activity. But as with any vehicle, there’s a chance for a serious injury. 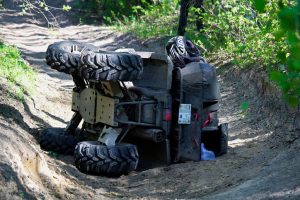 One recent study found that children are most likely to suffer severe injuries in ATV accidents. According to one study, children accounted for more than 1/3rd of all ATV accidents that ended in catastrophic or severe injuries. This comes from research from the DHR Health Institute for Research and Development, and the experts who completed the study are now calling for federal regulators to put more efforts into generating awareness about ATV injury risks.

The findings were published in the BMJ medical journal, as ATV accidents have become increasingly common as a concern for public safety officials. Between 2016 and 2018, there were over 2,000 deaths across the United States linked to off highway vehicles, and ATVs accounted for approximately three quarters of all deaths. 300 reports from that group involved children aged 16 or younger, who are often at a heightened risk of serious injury because of their inability to control the vehicles and the high chances of user error.

Of patient records found treatments for 3600 auto accident patients, 200 motorcycle accident patients, and 116 ATV injuries across the study timeframe. The rate of Shock Trauma Center stays was statistically very large for ATV pediatric patients, although they only accounted for just over 12% of study participants. If your child has been injured in an ATV accident due to the negligence of someone else, you may be eligible to pursue compensation with the help of an attorney.