As a parent, you likely worry already about the possibility of a vehicle accident harming your children. Even when children are properly restrained in carseats, the potential for an accident to cause severe or developmental damage is present. This is what makes it so important that you investigate the scene of any incident and report your concerns to a knowledgeable car accident lawyer in San Francisco if you’ve already suffered. 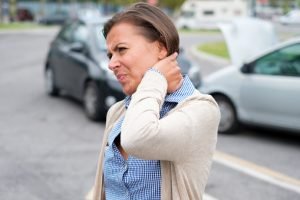 Although children do stand to sustain critical injuries in a vehicle accident, they are not the only ones more likely to head to the hospital. And some safety groups are arguing that crash test dummies should explore the experiences of other genders and body types to get a better read on preventing injuries in the first place.

A new study is looking to explore why it is that obese passengers and women suffer the worst vehicle crash injuries. Highway safety engineers have not focused on diversity for long and rather have been focused on how to convince government, industry and academics stakeholders to agree on computer models and crash test dummies to further explore biomechanics that could cut down on the number of deaths and severe injuries on U.S. highways, and they had made critical progress in this effort. However, now researchers are beginning to look at other vulnerable populations and the first among these is women.

The Center’s researchers published results in 2011, showing that women who were wearing their seatbelts were 47% more likely than male seatbelt wearers to suffer critical injuries even after controlling for height, age, weight, and the severity of the crash. This discrepancy was especially prominent in injuries that affected the lower extremity.

Bone shape and ligament laxity are two of the concerns that may make for distinctions between male and female injuries. The researchers are now using these results to develop independent injury models for women and to learn better from male data so that these can be more geometrically accurate. The 50th percentile male dummy currently used for crash test purposes is 5′ 9″ tall and weighs 172 lbs.

This is a body mass index that is slightly over the line into overweight, but this is hardly representative of people in the United States. If you or someone you know has already been seriously injured in a San Francisco vehicle accident, you need to schedule a consultation immediately.