According to an IIHS study, there are specific reasons why women are more likely to sustain injuries in vehicle accidents. The study found that women are at a higher risk of being killed or seriously injured in crashes when compared with men in crashes of similar severity. 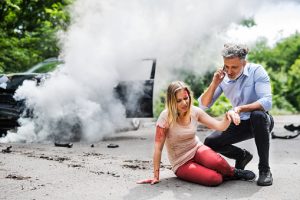 Men are injured and killed more often than women in car accidents and the study found that the discrepancies are associated with the differences in the cars that many women drive and the crash circumstances rather than any physiological differences between men and women. Vehicle size and type and kind of crashes, therefore, are some of the most influential factors in determining how injured someone might be.

If you or someone you know has already been hurt in a critical San Francisco vehicle accident, you need to schedule a consultation with a personal injury lawyer immediately to protect your rights.

No matter whether you’re a man, woman, or child hurt in an accident, you deserve to know your rights and to protect them by filing a personal injury lawsuit with the help of an attorney. No one should have to go this process alone. Get the support you need and file your suit in a timely fashion with the help of a lawyer.