A new study found that later start times for school greatly reduce the possibility of teen driver accidents. The paper was recently accepted to the Journal of Clinical Sleep Medicine and found that in Fairfax, Virginia; for the two school years before and after the implementation of later start times, that the teen crash rate could be reduced. 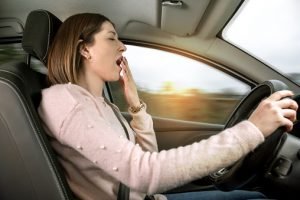 The crash likelihood for 16 to 18-year-old licensed drivers dropped from 31.63 per 1000 drivers to 29.59 accidents per 1000 drivers, despite the fact that the teen driving crash rate stayed the same throughout the rest of the state. A change in school start times means that teenagers get more sleep, which can have economic and car accident related implications.

Those teens who get more sleep are much more likely to wear a seatbelt or to refuse to engage in distracted driving. According to the American Academy of Sleep Medicine, high school and middle school start times should be no earlier than 8:30am in order to promote overall teen health, academic performance, and safety.

Drowsy driving and darkness in early morning hours make it harder for drivers of all ages to pay attention behind the wheel, but those risks are even higher for teenagers.

Has your teen driver been involved in an accident already? Talk to a dedicated car accident lawyer in San Francisco to talk through your options for filing a suit and recovering compensation.