In the past on this blog the general dangers of ADHD drivers has already been discussed, but new research shows it’s a dangerous condition for younger drivers in particular. Younger drivers already face higher risks of accidents due to their lack of experience and greater propensity for distracted behavior. 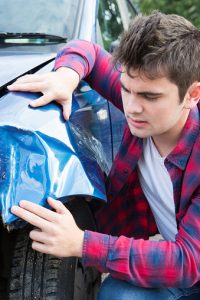 A new study published in JAMA Pediatrics identified that adolescents with attention deficit hyperactivity disorder were 36% more likely than any other adolescent driver to get into a vehicle accident.

One 1993 study identified that adolescents who have ADHD are 4 times as likely to get into car crashes than those who don’t. There were limitations to that earlier study, however, the JAMA Pediatrics study looked at 18,500 electronic health records for young individuals including 2,500 patients who had ADHD. The presence of ADHD in conjunction with the other serious risks associated with younger drivers can generate concern. ADHD is a chronic condition that is marked by symptoms like impulse behavior, difficulty sustaining attention and hyperactivity.

If untreated, depending on the severity of the ADHD in the patient, this could even resemble the behaviors of intoxicated driving. Those individuals who have ADHD are particularly a risk for driving while distracted especially on the highway or during a long-distance drive. If you or somebody you know has already been an accident, you need to consult with an experienced California personal injury lawyer.